Why is ‘king of boys’ so popular? 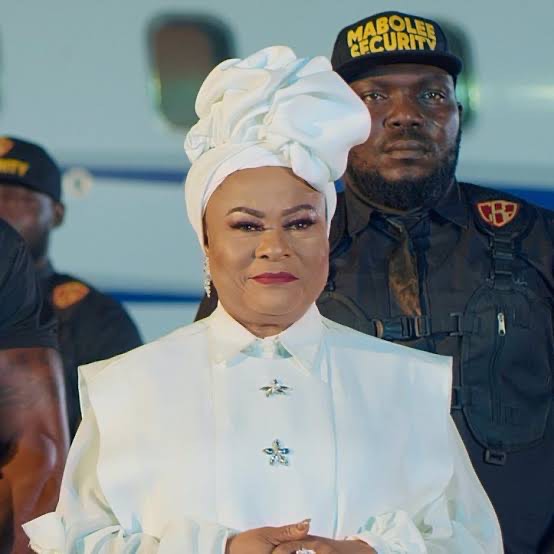 What Kemi Adetiba is doing with ‘king of boys’ is raising the bars of Nigerian filmmaking and African storytelling. We are all witnesses to its excellence and buzz that these few factors are a contribution of.

1. Good story material: The rise of an ambitious woman from the ruins of the slum to the table of high elites seems far-fetched and too novel. But king of boys swerves away from the sentimentality of the rags to riches plot. And concentrates its depth on the questionable decisions Eniola makes to arrive at the top.

In most Nollywood films, the story only revolves around its protagonist, but in king of boys, it’s the opposite. However, the entire journey of each character is intertwined based on the actions of the main character. And the audience attachment is evenly divided amongst a variety of personalities.

Being a political thriller, KOB does not shy away from the ugly reality of Nigerian politics. The arcs of its numerous characters are relatable and somewhat empathetic. The action directed comically is thrilling in a way that it gives no room for boredom. The KOB action is more fun because it isn’t limited to brawls and flying bullets but is complemented with proverbial words overseen by talented script writing.

2. Culture heritage and originality: Enough of ‘Hollywood wanna be’. King of boys is a film made by Nigerians for Nigerians; in its strive for inclusivity, KOB adopts no clichés nor attempts to thread on any Hollywood template. The equal representation of Hausa’s, and Igbos and Yorubas is what we need in Nigerian television. Every scene, every line you can tell Nigerians are continuously kept in the conversation; this prevents stretching the film to please a global audience but confines its value to appeal to an African audience.

3. Unusual Characters: Eniola Salami’s dynamic mannerisms and complex personality has inscribed her name on the hearts of any KOB viewer. The same goes for the side characters, who are all unique, each in their own way.

4. Great casting: What’s a good character without the right Actor or Actress? Whether it’s Nse Ikpe-Etim masquerading as the untouchable first lady or Efe Ewara being a naïve journalist, or Toni Tones screaming into her Sola Sobowale’s ears, no one seems to be out of place. [It’s like they were born to play those roles].

5. Good production: From editing to cinematography to lighting, you could tell the final presentation was supervised by professionals, unlike films where one will hear breeze affect the microphone.

6. Filmmaker personality: Kemi Adetiba is a well-loved woman and an inspiration to upcoming filmmakers and writers. Myself included. It gets to that level of admiration that leads to Stan worship, resulting in fans accepting anything you embark on. Her work justifies her personality as a quality storyteller, one proud to represent Nollywood and Africa.

7. Outperforming sequel: When a sequel outshines the original, it reinstates a sense of confidence and popularity that lives on in the audience. After the buzz and hype for the love of the sequel, many people re-watched the 2018 version, many people.

8. Film Stan base #KOBarmy: Not often do you see a Nollywood film that has an organic Stan base. One created out of sheer passion and love for the franchise [I think KOB is the first of its kind to acquire this]. Not only does this film have nationwide reception, but it also has an army behind it—the KOBarmy. Fans have taken to TikTok to create challenges where they re-act iconic scenes and monologues.

Merch sales are ongoing, punchlines inserted in Instagram bios and other means of appreciation for a story well told.

For most Nollywood films, people see it in cinemas or streaming platforms and move on, but KOB is not one. This is a film series that as soon as the credits begin to roll, they start tagging the filmmaker asking when the next part will be out.

I can’t state for sure the exact marketing strategies put in place to make King Of Boys a commercial success, but whatever it is, these above-listed factors are part of it and guess what? It is working.

Other Nollywood filmmakers should take notes.

Israel Olorunnisola is a freelance creative. When he is not writing about Film, Music, TV or Pop culture he is telling stories on Wattpad.