Umoja: An animated miniseries on covid-19- awareness, misinformation and vaccination 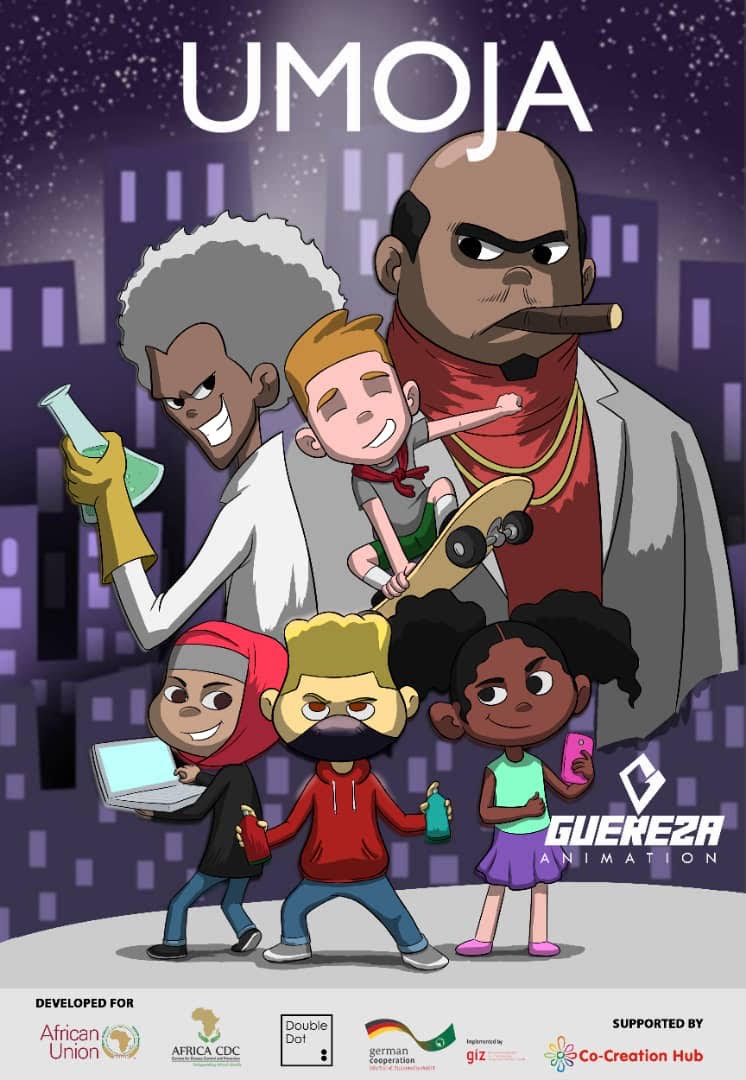 We are working on an animated miniseries to educate kids on the Covid19 across Africa in partnership with the African Union Africa CDC, GIZ (German Agency for international cooperation) and CCHub with support from Canadian/Iranian animation studio Double Dot Animation.

It’s targeted at kids between the ages of 6-12 years old.

The story is centres around the COVID-19 pandemic and misinformation and the setting is the town of Kilimanjaro and how the kids (Udo, Rehema, Patra and Arnold) in the story tries to stop two villains (King Pin & Mad scientist) in the town from spreading misinformation about the virus.

Umoja is the Swahili word for Unity.

In a continent were over 90% of the entire population is still not vaccinated and a lot of people still not aware of it effects because they haven’t been affected personally…we believe there is a need to produce this and hopefully kids find it informative enough to educate their parents about it and also their peers.

The project is largely a comedy/sci-fi with 5 minutes episode each.

Last year we produced a comic series based on another of our IP called the Adventures of Adunni and Lazerboy in partnership with the African Union, Africa CDC, German Agency for International cooperation and CCHub to educate kids during the height of the Covid (lockdown) in Africa and was able to get it across millions of kids Africa in partnership with MTN mPulse, Ubongo (edutainment platform in East Africa) STEMcafe, learning equality.

Under The Same Sun Foundation (NGO catering to kids with albinism in Tanzania/East Africa), aKiddie just to name a few. The show is going to have the first kid with albinism as a lead character in an animated series, this we are doing to promote diversity and awareness.