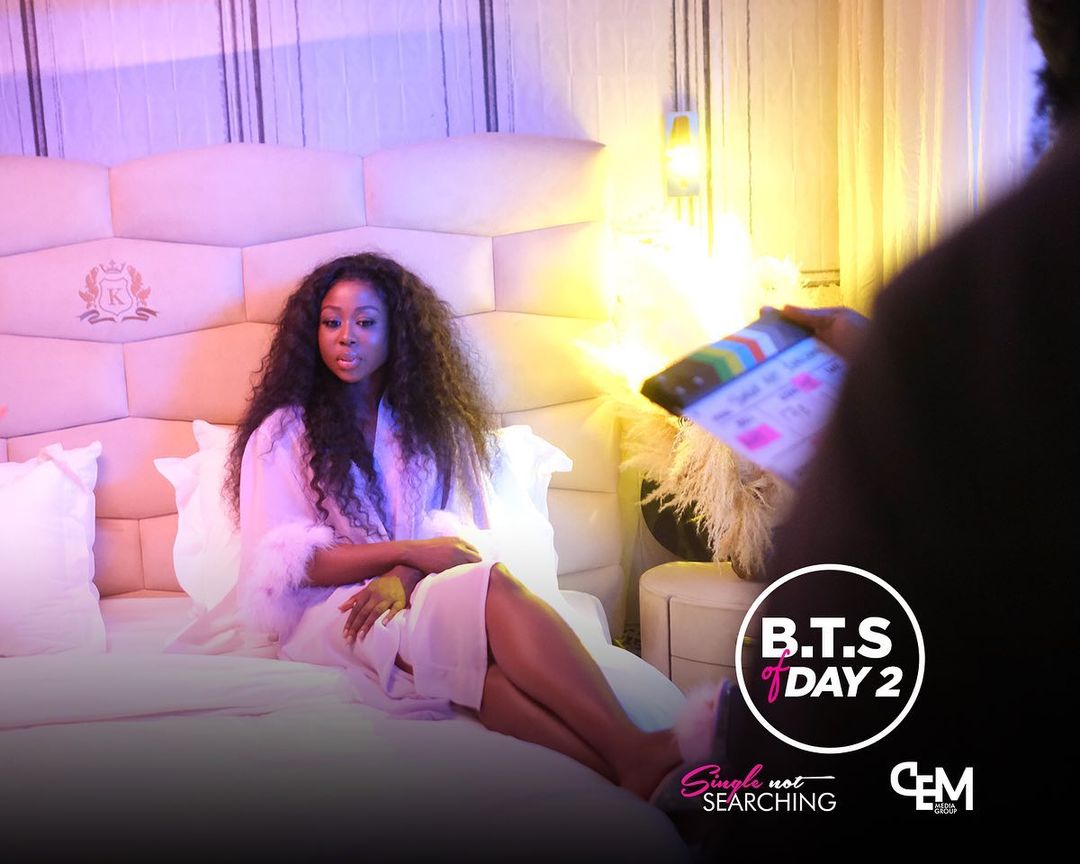 Behind the scenes stills from iFactoryLIVE’s latest production, ‘Single Not Searching’ are currently making the rounds.

Principal photography for the forthcoming romantic drama kicked off over a week ago in Ghana’s capital city, Accra.

Produced by Edith Nwekenta, the star-studded romantic drama is set to follow the story of a woman who sets out on a self discovery journey to the motherland from Atlanta.