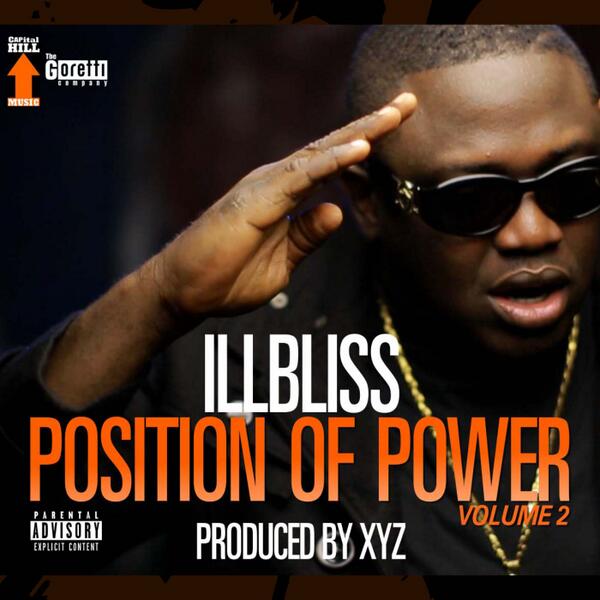 This aims to celebrate the top 10 greatest Hip-Hop series in Nigerian music since ‘99.

Hip-Hop projects demand loyalty and devotion from fans. But when projects step into the world of series of franchising, the devotion is on a different level. Across the contemporary history of Nigerian Hip-Hop, we haven’t seen many, but the ones we’ve seen deserve their plaudits – preferences be damned.

This aims to celebrate the top 10 greatest Hip-Hop series in Nigerian music since ‘99. The criteria is simple;

In 2012, iLLBliss was already a legend of Nigerian Hip-Hop and he was evolving into a master purveyor of Adult Contemporary Hip-Hop. Both volumes of this EP respectively dropped as appetizers for iLLBliss’ albums; Oga Boss (2012) and Powerful (2015).

Dremo is an enigma of Nigerian Rap. Although a talented rapper with respect, he is reluctant to totally associate with the Nigerian Hip-Hop community for obvious reasons. While volume one was an EP, volume two was an album.

Critics will talk down on Dremo’s albums, but the truth is that he’s never truly afforded a chance. Both of those bodies of work are dope.

If you’re not careful, you might not realize that Psycho YP has released seven bodies of work in his young career; this kid is only 22. YPSZN was his fourth body of work while the Headies-nominated YPSZN 2 was his sixth.

YP might have matured on the first project as against the second volume to make records like ‘Superpower’ as he also explores Afro-pop, but the projects are still defined by their heavy Trap, Emo and Cloud Rap influences. YPSZN 3 is said to be on the way once YP gets Euphoria EP out of the way.

You might not know this, but Str8buttah is one of the greatest acts ever in Nigerian Hip-Hop. While at the University of Lagos, it started off as The Constellation; a four-man group that consisted of ‘Rae, Teckzilla, Masta Rae, Jay and Deck and Jay Delawhat.

It later snowballed into Str8buttah, which included Teck-Zilla, R-Cube, Masta Rae, XYZ, Deck and Enigma. They were an ace collective of rappers and producers who wore their Hip-Hop affiliations like a badge of honour.

While experiences and perspectives changed on volume two as opposed to volume one, both editions of the series discuss Hip-Hop affiliations, Lagos ties, life and society with high-calibre braggadocio, built on pristing mcing.

When AQ wanted to release God’s Engineering, he publicly spoke about the loss of his dad and two brothers. On ‘Intro-vert,’ he also spoke about his mom’s ill-health as well as his sister. As much as his constant discussion of death in different ways, he’s always discussed his family in his music and that’s the nexus that ties all of his albums.

Both volumes of ‘Son of John’ were inspired by his late dad whose name is John. Rose was inspired by his mom, whose real name is Rose while GOLDEN was partly inspired by his brother. On all of those albums, AQ engages in social commentary and discusses death.

In2, Jesse Jagz left Chocolate City but came back for his best run as an artist; a two-part album which appealed to different audiences. Thy Nation Come was more pop-esque, and it mostly highlighted hedonistic, vain topics while Royal Niger Company showcased his famous Hip-Hop stripes for the world to see.

One of the songs from that album won Lyricist on The Roll at the 2014 Headies. The nexus between both albums goes more than the title, it positioned those albums as a representation of the two sides that made up Jesse Jagz.

The duo of Soul Snatcha and So Kleva launched their debut in 2003 and the last of their Shock Therapy albums in 2008 under Tenth Code. They were a great duo of Christianity-backed rap, but they were far more than that; they were pristine MCs with special talent and they could bar anybody.

All their albums were backed by their Christian faith and an appraisal of the journey. All of the albums also had the Cobhams touch as well as Alternative Rock sonics.

Before Palmwine Music, Show Dem Camp had released four bodies of work and one collaborative album, but they were still very niche. The fan base was mostly limited to Hip-Hop communities and the ‘cool kids.’ On their ‘Clone Wars’ series, their romance-themed records were properly received, especially records like ‘Tales of a Side Nicca’ and ‘Sweet Love.’

When they unfurled ‘Palmwine Music,’ the music took them from niche markets to sub-mainstream appeal, where they currently are. A lot of people might have had mixed feelings about Palmwine Express, but it produced two of their biggest records, ‘True Story’ and ‘Do Me Nice.’

In terms of nexus, it doesn’t get bigger than this; unique sonic Highlife-Fusion pattern and an exaltation of femininity across board.

The only reason Illegal Music isn’t at the top of this list is two reasons;

But in terms of high-calibre musicality, Hip-Hop madness and even impact, Illegal Music is the pick of the bunch. Some people baulk at Illegal Music III, but it’s obviously an incredible album with a calmer, more reflective brand of music.

What MI does on each instalment is pick one impressive beat that he likes, flip it into something different and go crazy like a man possessed on it. More importantly, he also knew how to pick his featured acts to perfection. ‘Illegal Music’ is so iconic that some people argue that Illegal Music II is Abaga’s best project – I don’t agree though.

As Ghost raps on ‘Ghost’s Rant,’ “The clone wars series are time capsules / Future Generation mementoes / With each volume / Peep the rise in crescendo…”

The ‘Clone Wars’ series is Nigeria’s greatest Hip-Hop series yet. Asides from the sheer volume of work, it’s also about how Show Dem Camp carefully crafts each instalment around moments in the Nigerian polity, with quality music and picture-esque lyricism. The quality of music has also improved as the duo has gotten older.

At the end of the day, Clone Wars IV is also a cheat code.