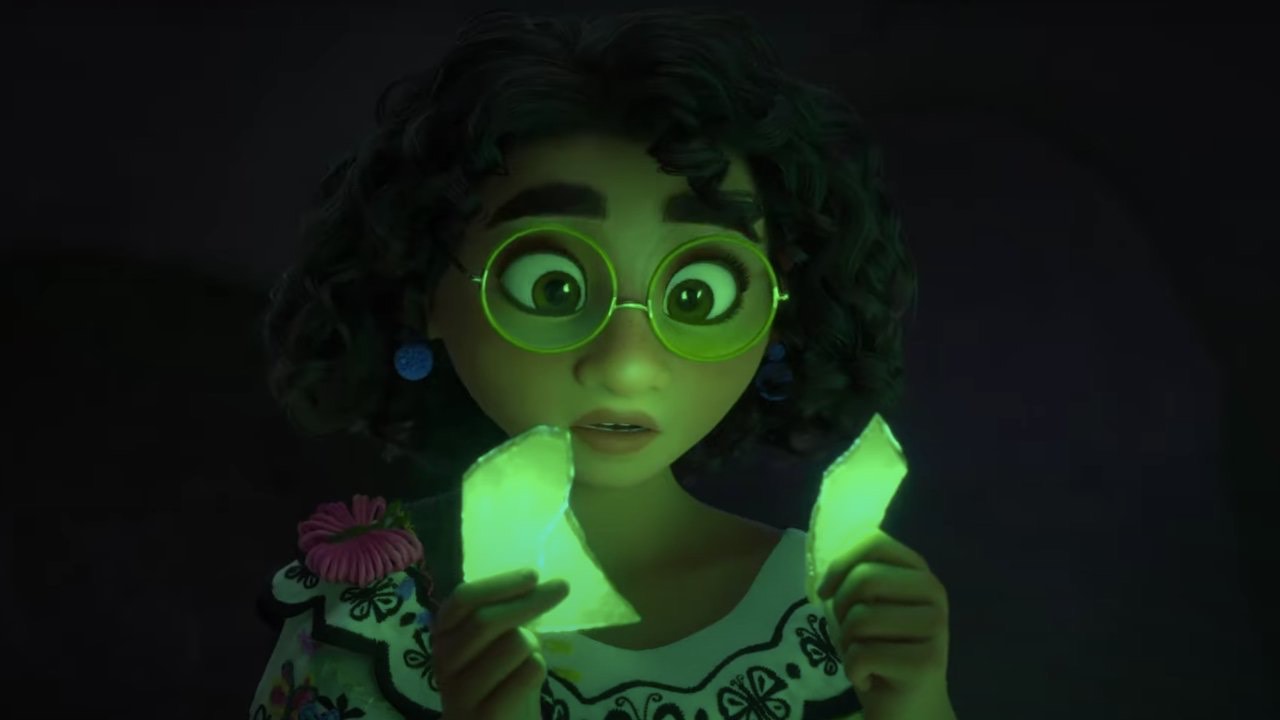 This new trailer for ENCANTO, the second that we’ve received overall, doesn’t give much information that we don’t already know because the first teaser gives a brief overview of the concept of the fantasy film about a family living in a magical house in a magical land. One which comes under threat by an outer force that can only be stopped by the family’s single member who is not graced with magical powers ‘Mirabel’, the films main character voiced by Stephanie Beatriz.

Released synopsis and full-length trailers often reveal a lot more about a film’s plot, but in ENCANTO, that is not the case as there’s still a lot of mystery as to the story.

The back end of the trailer features Mirabel and her various family members off on their journey.

Some pretty stunning visuals and colorful animations give us a taste of the magical experience ENCANTO is promising. However, what stands out the most is the tones of comedy, drama, thrilling adventures, and horror.

ENCANTO appears to be another classic Disney hero story that will intertwine myths, legends, and fantasy elements. But over recent years, Disney has received a ton of credit for telling stories from the eyes of diverse nationalities and cultures. [Moana(Africa), Raya and the last dragon(Asia),

Frozen(Norway), COCO(Mexico), SOUL(New York), and several others]. And so far, it’s been great, but there’s a worry that it will eventually become cliché.

For this fantasy children drama, Columbia takes the spotlight. So it is sure we will have a glimpse of exotic animals, aesthetic locations, stunning colors, beautiful people and the overall wonders of Columbia.

Lin-Manuel Miranda is back again, providing music for ENCANTO. The story is written by Jared Bush and Charise Castro Smith. It is produced by Clark Spencer and Yvett Merino.

ENCANTO arrives in theatres on November 24 2021.

Israel Olorunnisola is a freelance creative. When he is not writing about Film, Music, TV or Pop culture he is telling stories on Wattpad.