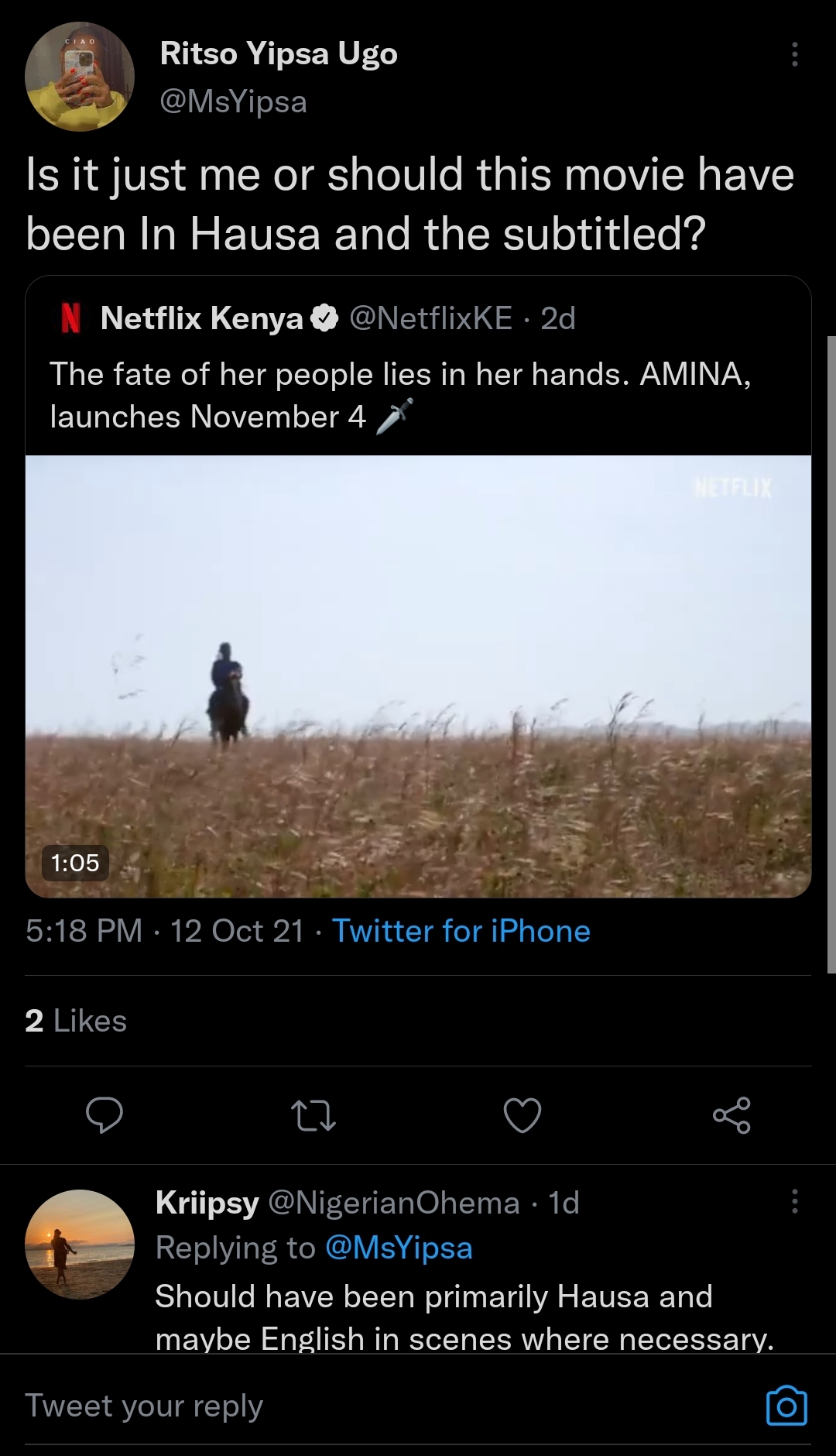 The historical drama has been called out for being in English instead of Hausa.

A number of Twitter users have expressed their dissatisfaction with Izu Ojukwu’s latest film ‘Amina’.

The film which is based on legendary Warrior Queen Amina of Zazzau is set to premiere on Netflix on November 4, and ahead of its release, the streamer recently debuted its official trailer.

However, the reception from Twitter users were not exactly warm. Going by multiple reactions, the film’s language should have been in Hausa and subtitled in English.

“Shoulda been in Hausa and subtitled,” Twitter user @Nappy_Cypher wrote

and it still made it to the top.

The problem is the Hausas are not yet capable

of dropping a masterclass movie that will

The trailer also got backlash for its not Hausa lead actor, Lucy Ameh (who might be originally from Benue state but was born and bred in Kaduna).

Shot in Nigeria with post-production in Europe, Director Izu Ojukwu says the historical film is a tribute to powerful female figures from Nigeria’s rich history and contains real fighting sequences that took the actors months to learn.

The film launches for the first time on Netflix years after its set release in 2017.